You are at:Home»Articles»Britain matters to India, so must who governs it
By Saloni Shah on December 6, 2019 Articles, Business, New

For those who care about the India-UK relationship, democracy, stronger security, more business, and shared values for collective good, the question of who governs the UK should also matter. The choice on this count could not be starker, writes India Inc. Founder and CEO Manoj Ladwa.

In exactly a week’s time we will know who the victors and losers are in the UK general election.  An election called by Prime Minister Boris Johnson in the hope of bringing finality and clarity to the tumultuous saga of Brexit.  A saga described today by Johnson’s predecessor, John Major, as “the worst foreign policy decision of my lifetime.”

If the polls are to be trusted, then the Conservatives have had a commanding leading of 10 points or more throughout the campaign, which on a straight mathematical calculation would give Johnson the parliamentary majority he seeks to ‘get the deal done’ and take Britain out the European Union on 31 January 2020.

However, pollsters have been notoriously wrong across the globe, especially in recent years.  Whether it was predicting a Clinton victory over Trump, Indian Prime Minister Modi failing to win a majority, or in predicting that the UK would vote to remain in the EU.  At the end of the day, polls are expressions of voter intentions, and until the ballot is cast, it’s a bit like the age-old adage of counting chickens before they hatch.  Herein lies the problem. 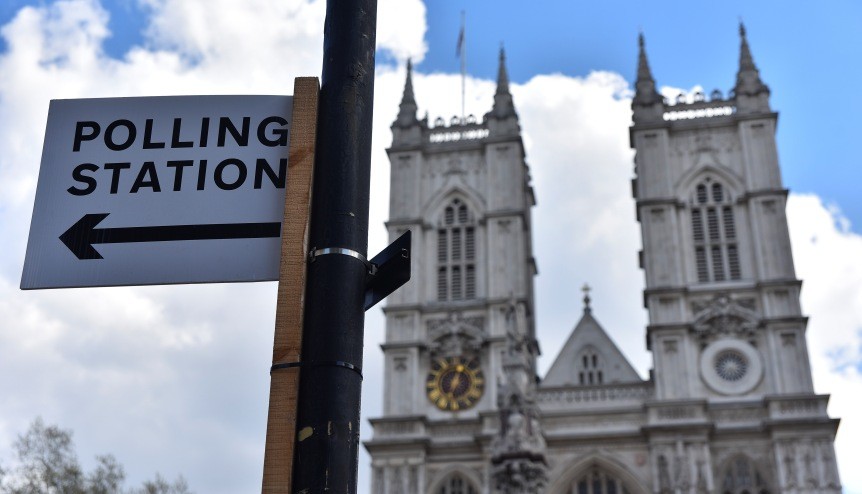 A UK minister last week said to me that the result ultimately would boil down to voter turnout. I agree.  I have always argued that elections are won and lost in the last few hours of voting day.  The party that gets its vote out, wins.  Simple.  This matters more so when the election is being held on a cold winter’s day, and when it gets dark at 4pm (though polling stations remain open until 10pm).

The Conservatives face a major disadvantage in their ground game. They have for years had a dwindling membership, which is now below 130,000, and an average age which is creeping up close to 70.  In comparison, Corbyn’s Labour has witnessed over the past 3 years a record surge in its ranks, which now is close to half a million, and an average age of around 40.  I suspect that this is what will be worrying Johnson’s campaign managers the most.  Especially after a campaign, though fascinating in parts, yet really hasn’t seen much between the two main parties by way of decisive political body blows.

Given Corbyn’s overt hostility towards India over Kashmir, his long-standing antagonistic regard for Prime Minister Modi, and Labour’s neglect of the previously vehemently loyal diaspora voter base, there are now many Indians who are rooting for a Johnson, or perhaps more accurately, ‘anyone but Corbyn’ win.  India Inc.’s first ever poll of British voter intentions conducted two weeks ago, revealed a staggering 12-point drop in support for Labour amongst British Indians.  It is also abundantly clear that the new intake of MPs, regardless of who wins, will have a strong pro-Pakistani contingent, dwarfing the number of Indian members in the House of Commons.  This will certainly raise concerns in New Delhi about UK politics becoming ‘institutionally’ tilted away from stronger UK India ties.

The Conservatives in their election manifesto have specifically called for closer trade relations with India and the Commonwealth. In stark contrast, and if only to underline the unease, Labour’s manifesto makes specific reference to Kashmir and also rakes up the Khalisthan (Sikh separatist) issue, albeit in couched language.

The UK is still (just) the fifth largest economy in the world.  Brexit or no Brexit, it will remain a top tier economy for many years to come. London is undeniably the financial capital of the world and remains one of the easiest and innovative places to do business. Its influence over the English-speaking world and as a gateway to emerging markets in, say Africa, is unparalleled.

The UK is the largest cumulative investor in India. India is the 3rd largest investor in the UK, the largest employer in the manufacturing sector, and a second home to over 800 of India’s leading companies.  The two countries have seen a jump in bilateral trade figures of some 14 per cent in the past year, a jump in Indian student enrolments to UK universities, and the UK issues more work visas to Indians than any other country.  Add to this the presence of the highly successful and influential 1.5 million strong Indian diaspora.

Yet there are those in India who have for years almost made it their pastime to write-off the UK as a major power. This, especially in the context of relations with India, is short-sighted and plain stupid. In fact, in all these years, I have never seen the India-UK corridor more active across all spheres of business, academia, and cultural activity.

Hence, Britain matters, and it must matter deeply to India and its global strategic interests.  We may have our divergence on Brexit or on domestic UK issues such as the NHS or housing, but for those who care about the relationship between the world’s oldest and largest democracies, their shared values, and the collective potential for good in the world; the question of who governs the UK  should also matter. The choice on this count could not be starker.