You are at:Home»Articles»It can’t be business as usual with China
By Saloni Shah on March 30, 2020 Articles, Business, New

China has not been transparent about its handling of COVID-19, and now is clandestinely profiteering while the rest of the world struggles to cope. This is not the sort of responsible behaviour we expect of a world power, writes India Inc. Group Founder and CEO Manoj Ladwa.

Donald Trump is utterly wrong in repeatedly referring to COVID-19 at the ‘Chinese Virus’. Whatever his reasons, whether electioneering, or some warped belief in his argument, or simply silly showmanship before the White House press corps, he is fuelling ugly xenophobia against innocent people that the world could much do without. But as the world moves from denial to survival, and inevitably revival, there is no doubt that the Chinese state has a lot to answer for.

We now know that despite the Chinese claim that the first case was detected in Wuhan on 12 December 2019, it seems that the Chinese authorities were aware of the virus as early as mid-November. We also know that the World Health Organisation (WHO) was informed only on 31 December. It’s also a matter of record that the Centres for Disease Control (CDC) requested permission, via the WHO, to send an expert team to Wuhan on 6 January, but permission was denied by the Chinese state.

‘Dark Period’ which is costing the world

During much of this period, China continued to allow foreign visitors to visit Wuhan and other provinces, and Chinese nationals were allowed to freely leave the country, especially during the busy Chinese New Year season. It only stopped travel once other countries started imposing travel restrictions.

The world also witnessed the botched handling of the tragic death of Li Wenliang, the Chinese doctor who first raised the alarm about the coronavirus, but was savagely reprimanded as a ‘rumour monger’ by the Chinese state, only to be later heralded a martyr by the same government when he too tragically succumbed to the killer virus.

It is the entire period, which history will I am sure record as ‘the dark period’, that has cost the world so dearly. At best, China has been downright negligent. I say ‘at best’ because I fear that the suppression of information was a deliberate act, not necessarily to inflict harm on foreigners, but out of its own arrogance and sense of self-worth as a powerful nation. 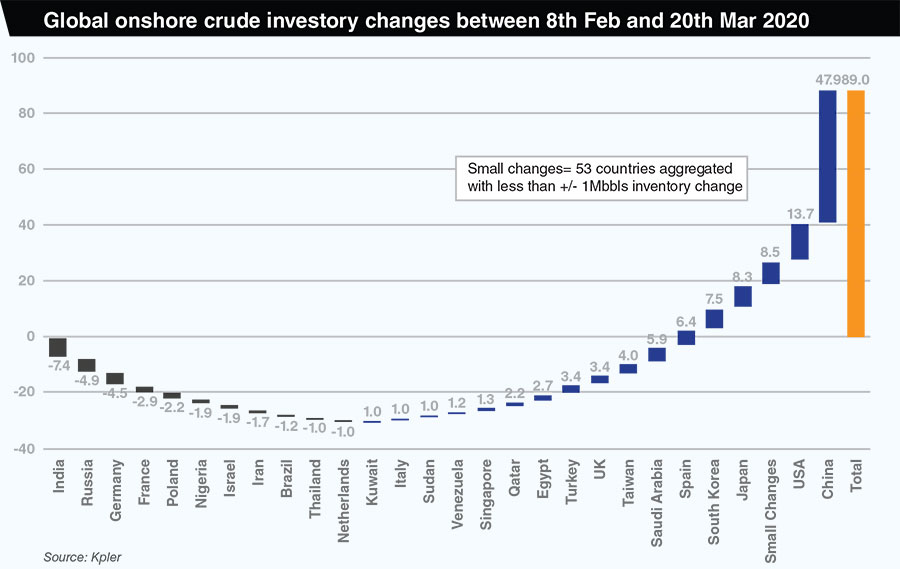 While the world struggles to cope, China in the past few weeks has been more active than ever on the global stock markets, taking advantage of depressed prices, and aggressively taking positions in global companies. Stock markets around the world should be asked urgently to disclose this activity as a matter of global interest and indeed security. Between 8 February and 20 March, China has also been aggressively stock-piling reserves of crude oil, having hoarded over 50 per cent of the inventory at low prices during this period. This is nothing but profiteering at a colossal level.

Each nation has its own pride, and a power like China has the added confidence that its own state apparatus can deal with its own internal issues. I have nothing to argue or to doubt about this. But what I have grave concerns about are the lack of transparency and clandestine approach of the Chinese state. This is not the behaviour of responsible countries or world powers.

It again calls acutely into question whether the world can ever trust an undemocratic and belligerent China, especially when so many global supply chains have Chinese dependency. The past few months just go to prove that it can’t be business as usual when the world picks itself up from this deadly virus.